Close up of Free Egypt R4BIA protest float, a symbolic mannequin of an Egyptian woman wrapped in Egyptian flag hanging before the their he 2014 Muslim Day Parade in New York.

Rabia sign is a hand gesture and a sign that first appeared in late August 2013 in social media and protest marches in Egypt. It is used by protesters, activists and politicians who oppose the recent coup d'état in Egypt, which was led by then-General Abdel Fattah el-Sisi causing the ouster of President Mohamed Morsi. 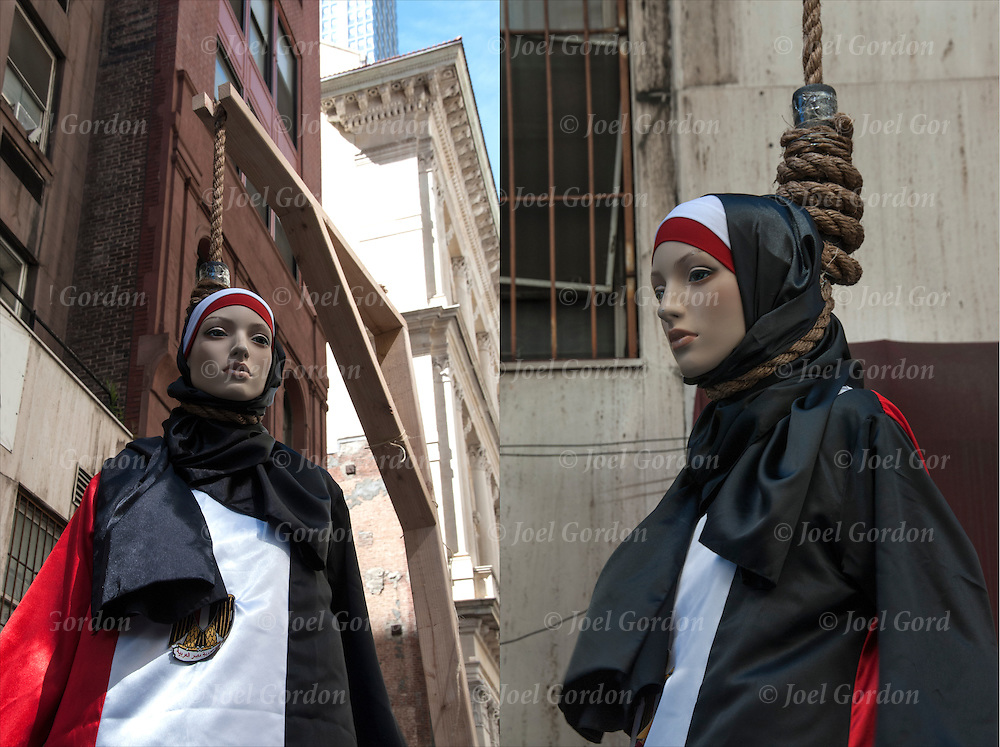