Cosplay attendee in his costume, as Jon Snow and Daenerys Targaryen first meet in the seventh season of Game of Thrones.

They are in need of one another as an ally and slowly begin to work together to achieve their respective goals. Melisandre tells Daenerys of Jon Snow, the King in the North, who has united the North and the Wildlings. Tyrion vouches for Jon Snow and convinces Daenerys that he will make a good ally. Dany accepts Tyrion's advice, and tells him to extend an invitation for Jon to attend her at Dragonstone – where Jon must "bend the knee."

Cosplayers often interact to create a subculture and a broader use of the term "cosplay" applies to any costumed role-playing in venues apart from the stage. Any entity that lends itself to dramatic interpretation may be taken up as a subject and it is not unusual to see genders switched. 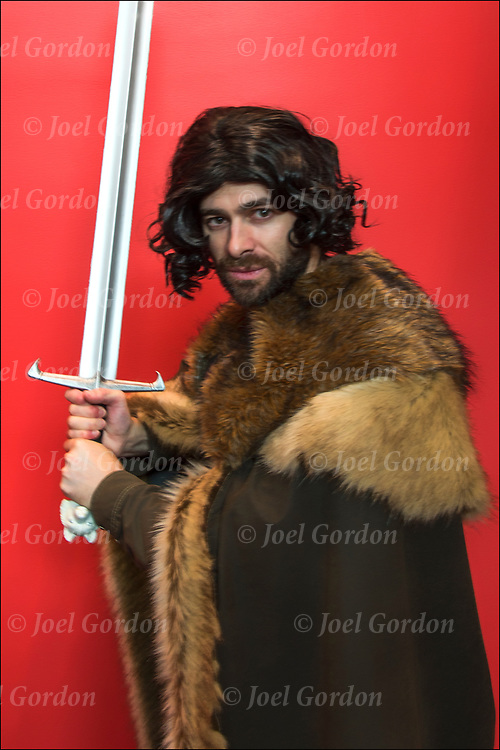