The day after Trump’s inauguration ceremony, cities around the world on Saturday took to the streets, more than 400,000 people marched through Manhattan.

Starting with a pre-march rally at Dag Hammarskjold Plaza outside the United Nations. Hundreds of thousands of people, male and female, young and old, marched along 42nd Street and up Fifth Avenue. The crowd stretched some 15 blocks, and Fifth Avenue was so clogged that marchers couldn’t move forward.

Despite the slow pace, the mood was buoyant, and police said that there were no arrests.The march ending one block before Trump Tower, the president's residence and business headquarters before he moved to the White House.

Pink Pussyhats - is reference to the tape of President Trump boasting about groping women, which sparked controversy after it leaked in Oct. 2016.

"Women's March on Washington D.C. and over 600 sister solidarity marches took place January 21, 2017! The Pussyhat Project launched Thanksgiving weekend with the goal of creating a sea of pink hats representing not only those at the march, but also the makers of these pink hats!" 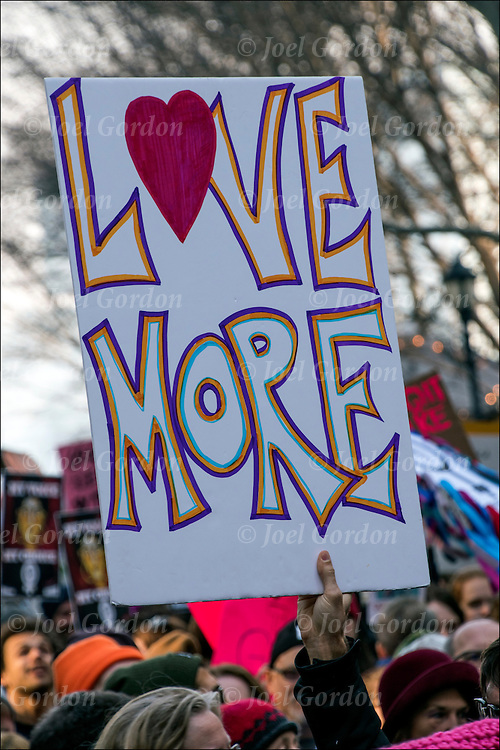