Cosplayers husband, wife and young daughter in their Wolverine costumes.

Wolverine commonly known as Logan is a fictional character appearing in Marvel Comics. Mostly association with the X-Men. He is a mutant who possesses animal-keen senses, enhanced physical capabilities, powerful regenerative ability known as a healing factor, and three retractable bone claws in each hand. Wolverine has been depicted variously as a member of the X-M 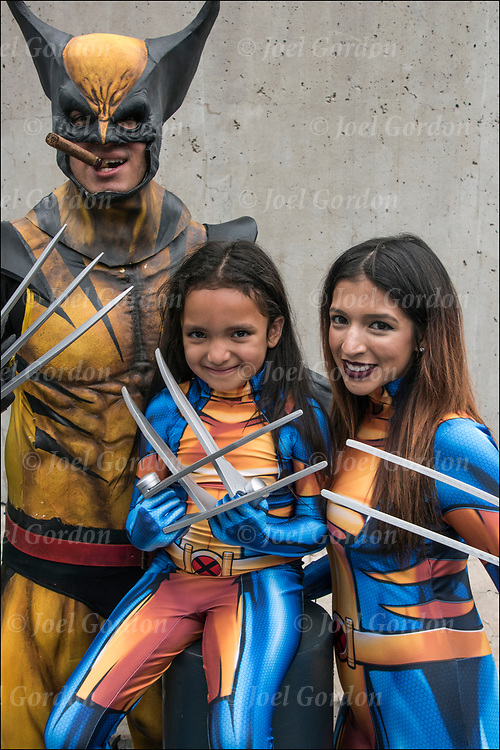