Big Apple Comic Con cosplay attendee in hers costume, as steampunk. Steampunk fashion is a subgenre of the steampunk movement in science fiction. It is a mixture of the Victorian era's romantic view of science in literature and elements from the Industrial Revolution in Europe during the 1800s. The fashion is designed with a post-apocalyptic era in mind.


Cosplay, a contraction of the words costume play, is a performance art in which participants called cosplayers wear costumes and fashion accessories to represent a specific character. 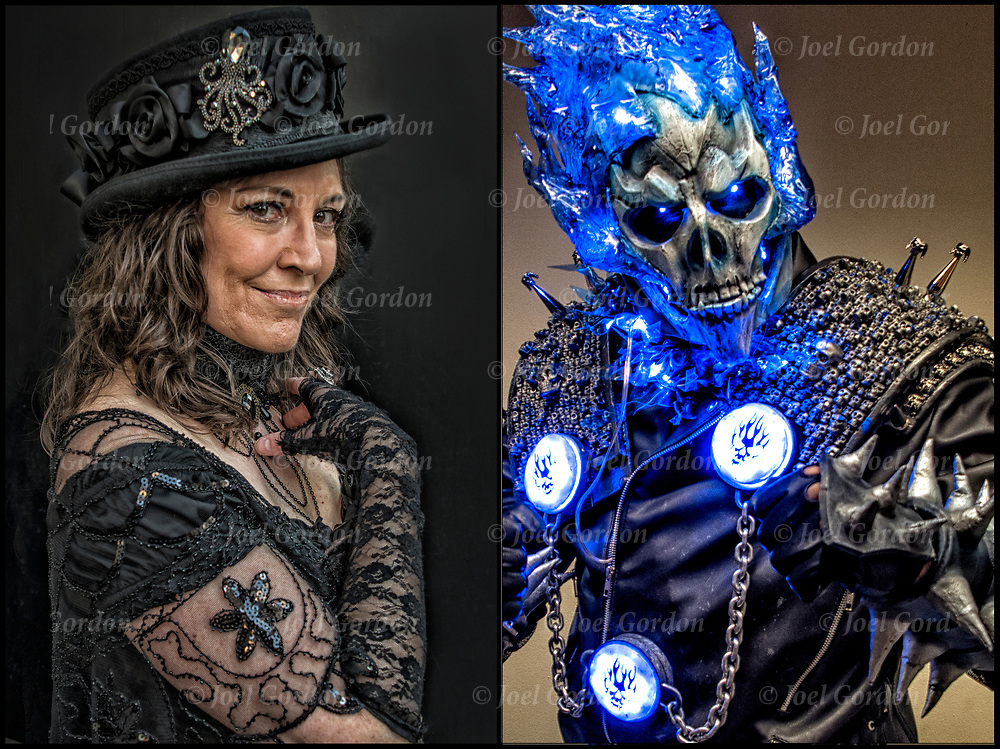