Hela Cosplay her costume as Hela from the movie Thor
Pagnorak.

Hela Odinsdottir was the Asgardian Goddess of Death and the former Executioner of Asgard. Imprisoned in Hel for millennia by her father Odin, Hela was released from her prison following his death and went to restore her power over Asgard, while simultaneously engaging in a series of encounters with her younger brothers Thor and Loki. Gaining power from Asgard, Hela planned to rule Asgard and create an Asgardian Empire. When the people of Asgard refused to bow to her, Hela set about massacring Odin's armies and enslaving the people, while recruiting Skurge to be her own Executioner in the process. Eventually however, Thor returned with the newly formed Revengers and then reengaged Hela, which had resulted in Loki unleashing Surtur, who then destroyed Asgard by finally causing Ragnarök and killed Hela as a result.
_______________________________________________


After a two-year hiatus, ReedPop is bringing New York Comic Con back to the city that never sleeps. Much has changed in the world since the biggest pop culture gathering on the East Coast celebrated its ast genuine edition back in 2019. 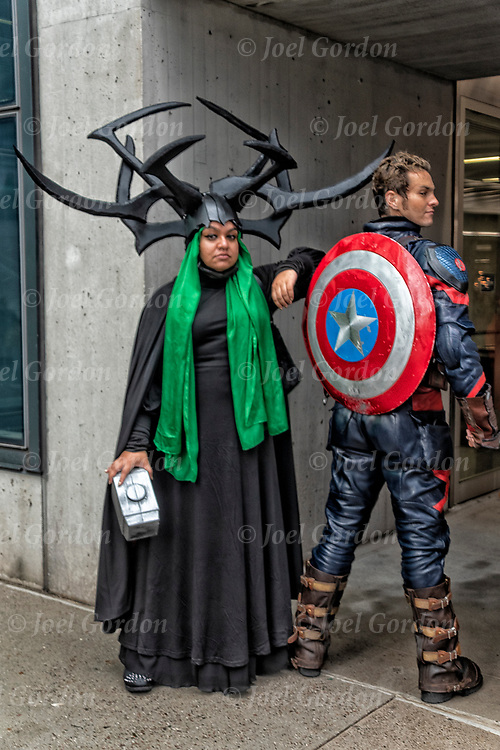