Fein Sinn Tattoos, Fiein on right arm and Sinn on his left arm.

Body art or tattoos has entered the mainstream it is no longer considered a weird kind of subculture.

Sinn Féin is an Irish republican political party active in the Republic of Ireland and Northern Ireland. The phrase "Sinn Féin" is Irish for "ourselves" or "we ourselves", although it is frequently mistranslated as "ourselves alone". The Sinn Féin organisation was founded in 1905 by Arthur Griffith. It took its current form in 1970 after a split within the party (the other party became the Workers' Party of Ireland), and has been historically associated with the Provisional Irish Republican Army (IRA). 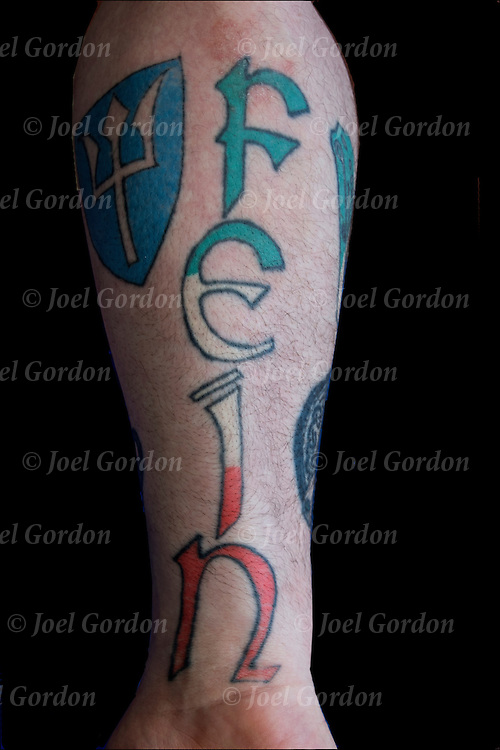