Two-Face was once Harvey Dent, the District Attorney of Gotham City, and a close personal ally of Batman. However, after a criminal, "Boss" Moroni, threw acid in his face, severely disfiguring one half but leaving the other unharmed, he became the insane crime boss Two-Face.

More than 150,000 people attended the event dressed up as their favorite superhero to celebrate comic books, sci-fi and video games.

The convention brings together celebrities as well as fans of fantasy role playing, Comic-Con is the business of pop culture. 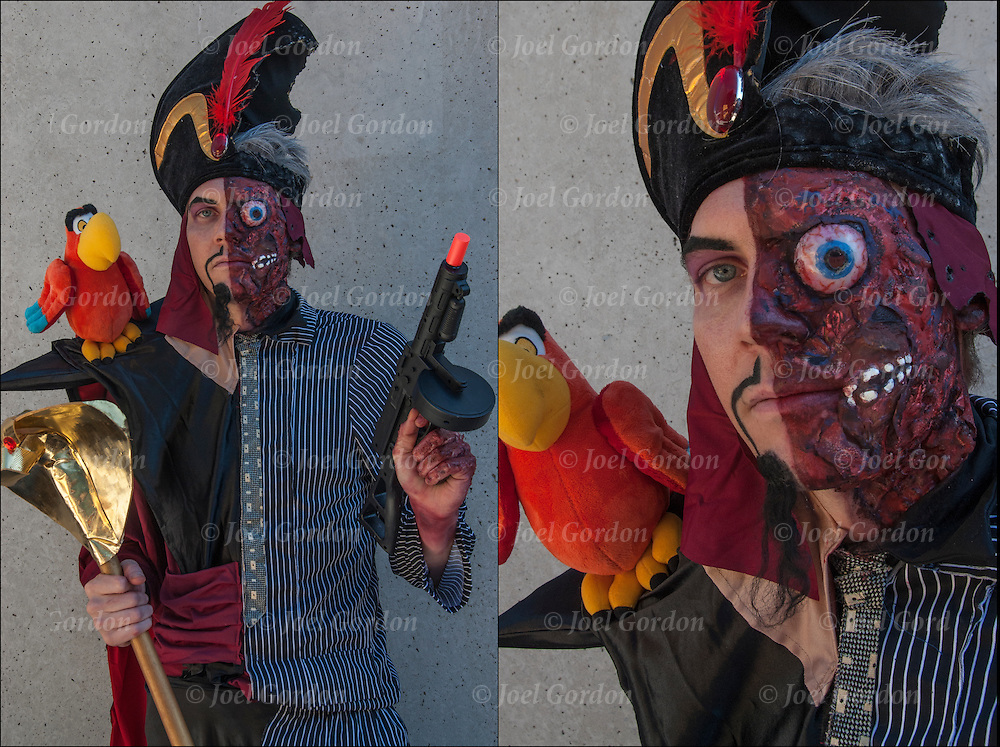