Big Apple Comic Con cosplay attendee in his costume, as the Terminator a cyborg assassin who travels from 2029 to 1984 to kill Sarah Connor. Sent to protect Sarah is Kyle Reese, who divulges the coming of Skynet, an artificial intelligence system that will spark a nuclear holocaust.l 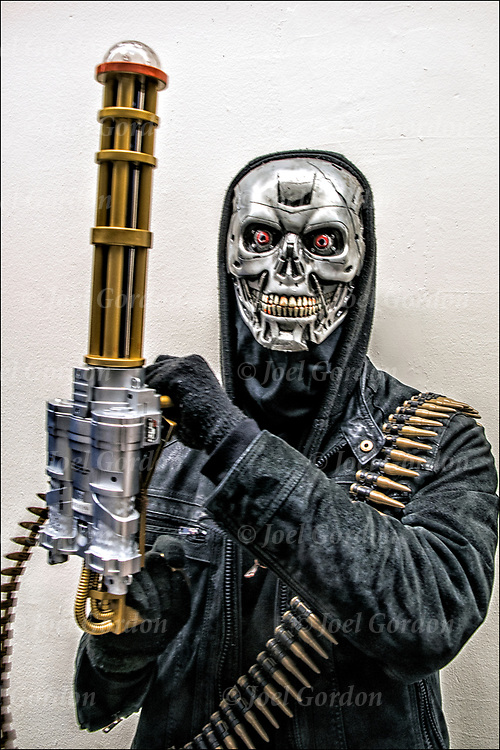