Gambia Muslim American father and son with father holding Gambia flag, one of the many faces of people showing their ethnic pride who were marching and in the crowds from the 2012 Muslim Day Parade in New York. The 9 year old son is wearing the traditional white Muslim clothing and hat.

Islam is the predominant religion in the west African Republic of The Gambia , practiced by approximately 90 percent of the country's population. The majority of the Muslims in the Gambia adhere to Sufi laws and traditions. 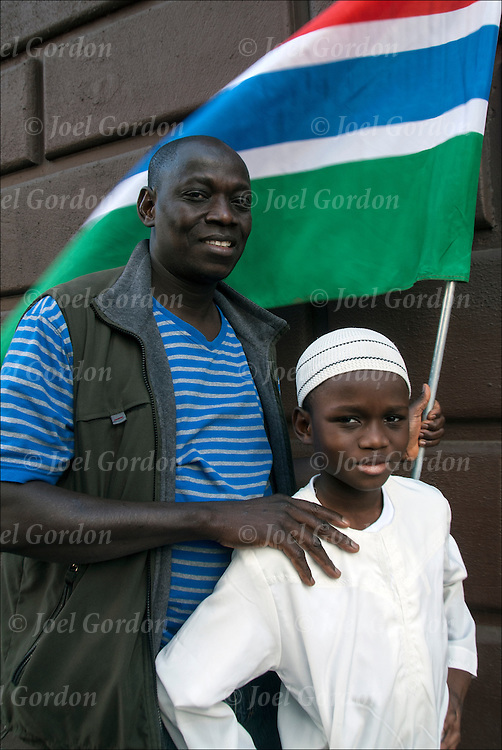