Cosplay attendee in his costume, as Smite, an online battle arena video game. 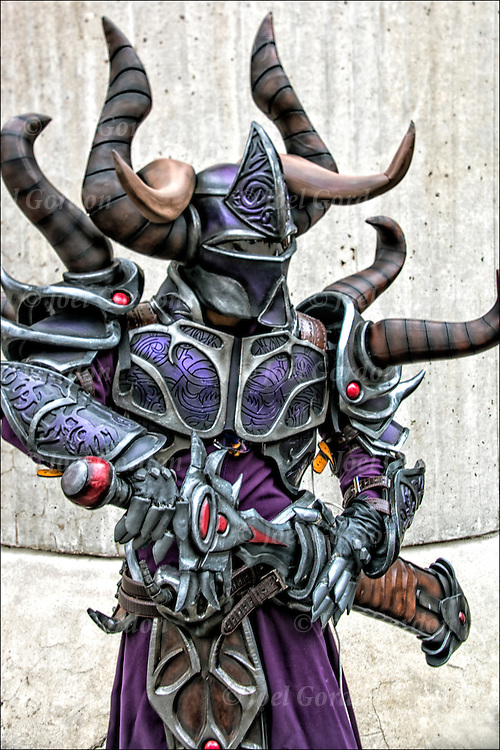