Ghostbusters is a 1984 American supernatural comedy film directed and produced by Ivan Reitman and written by Dan Aykroyd and Harold Ramis. It stars Bill Murray, Aykroyd, and Ramis as Peter Venkman, Ray Stantz, and Egon Spengler, respectively, a trio of eccentric parapsychologists who start a ghost-catching business in New York City.

Ghostbusters was released on June 8, 1984, to critical acclaim and became a cultural phenomenon. It was well-received for its blend of comedy, action, and horror, and Murray's performance was often singled out for praise.

After a two-year hiatus, ReedPop is bringing New York Comic Con back to the city. Much has changed in the world since the biggest pop culture gathering on the East Coast celebrated its last genuine edition back in 2019.

Cosplay attendee in his costume. 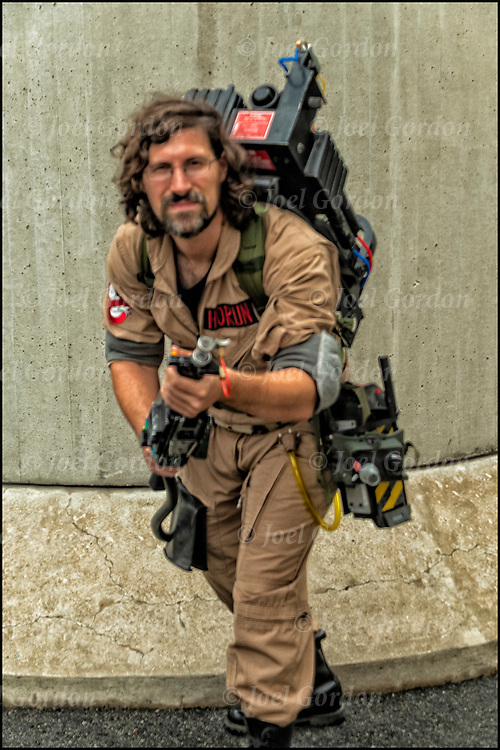