Cosplayers in their costumes, as members of the Justice League is an upcoming American superhero film based on the DC Comics superhero team.

Left: Bruce Wayne / Batman: The benefactor of the group of meta-humans, a wealthy socialite and the owner of Wayne Enterprises, who also dedicates himself to protecting Gotham City from its criminal underworld as a highly trained, masked vigilante equipped with many powerful tools and weapons.

Middle: Diana Prince / Wonder Woman: An antiquities dealer and acquaintance of Wayne who is actually an immortal Amazonian warrior princess from Themyscira and daughter of Zeus, who possesses superhuman attributes and abilities inherited from her parents.

Right: Kal-El / Clark Kent / Superman: A Kryptonian survivor and journalist for the Daily Planet with superhuman abilities, who was presumed dead after the events of Batman v Superman: Dawn of Justice.


Cosplayers often interact to create a subculture and a broader use of the term "cosplay" applies to any costumed role-playing in venues apart from the stage. Any entity that lends itself to dramatic interpretation may be taken up as a subject and it is not unusual to see genders switched. Favorite sources include manga and anime, comic books and cartoons, video games, and live-action films and television series. 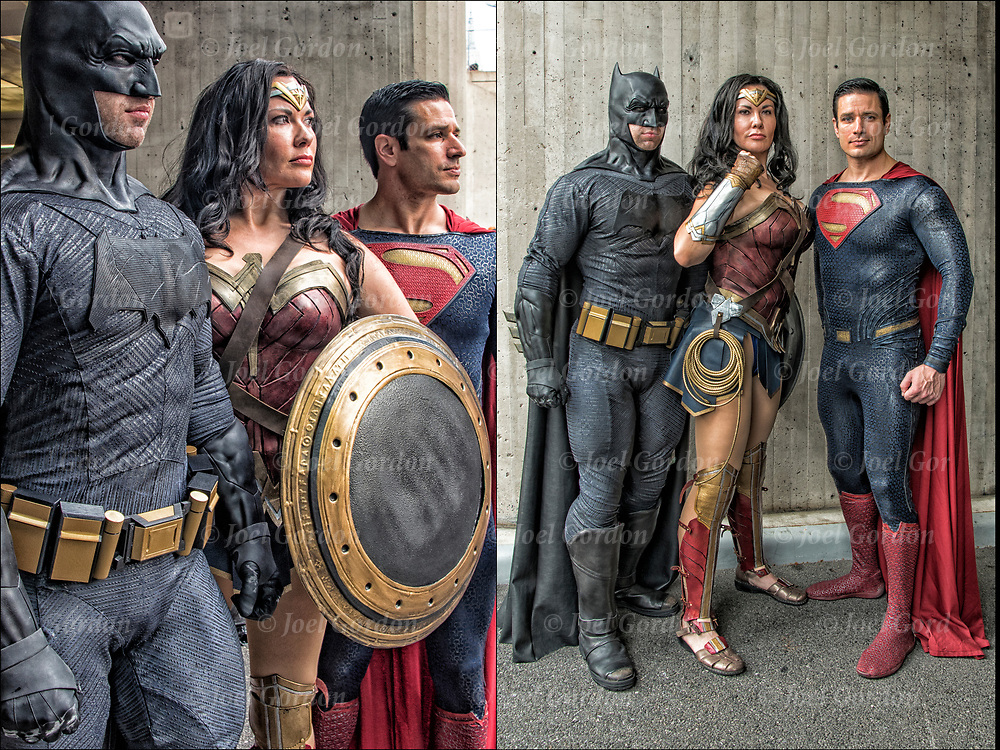