Steven is dressed as a "Tom of Finland" look-a-like in his custom made leather gear costing over $4,000 at Folsom Street East S&M in New York City.

Tom Laaksone best known by his pseudonym Tom of Finland was a Finnish artist notable for his stylized fetish art and his influence on late twentieth century gay culture. .. His work revived and commercialized an underground leather counter-culture which emerged after World War II and reached its height in the late 1970s and early 1980s before the emergence of AIDS in the gay community. 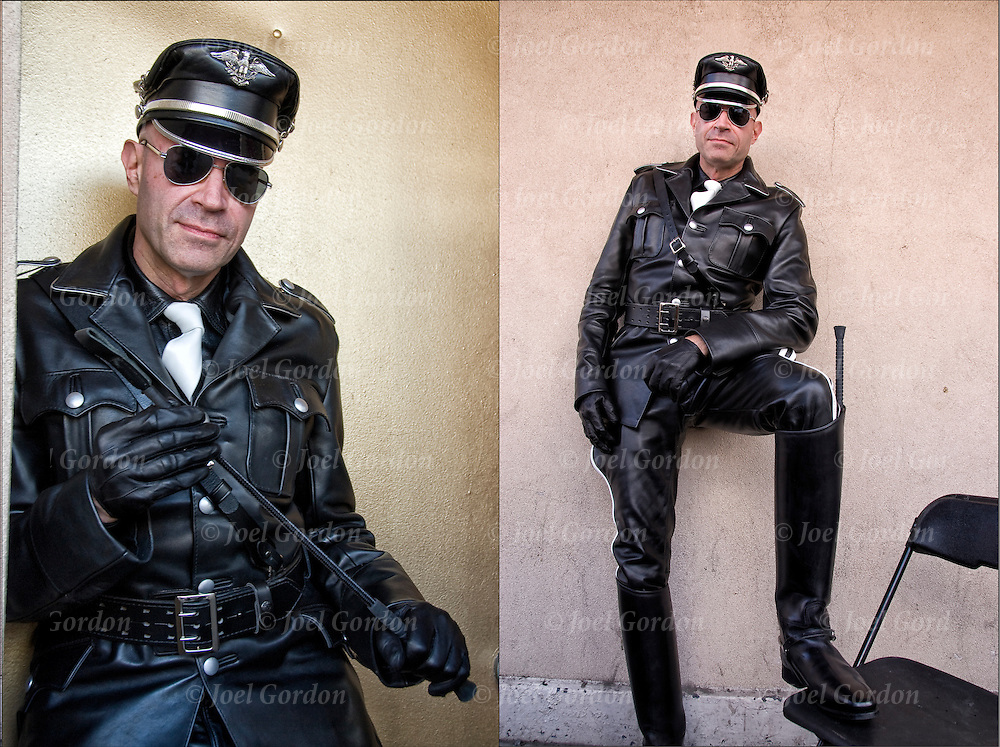