More than 200,000 protesters attended the march in New York on Saturday January 20,2018. Thousands also turned out in Washington, Los Angeles, Chicago, Philadelphia, Rome and hundreds of other cities and towns.

Women took to the streets of Manhattan January 2018, in a show of solidarity with for the 2nd Women's Day March to voice their anger again at President Trump.

New Yorkers both men and women attended rally on Central Park West before the start of the march holding signs in protest against President Trump.

Several speakers urged women to channel their energy into helping Democrats win races in the upcoming midterm elections. A rally called “Power to the Polls.” 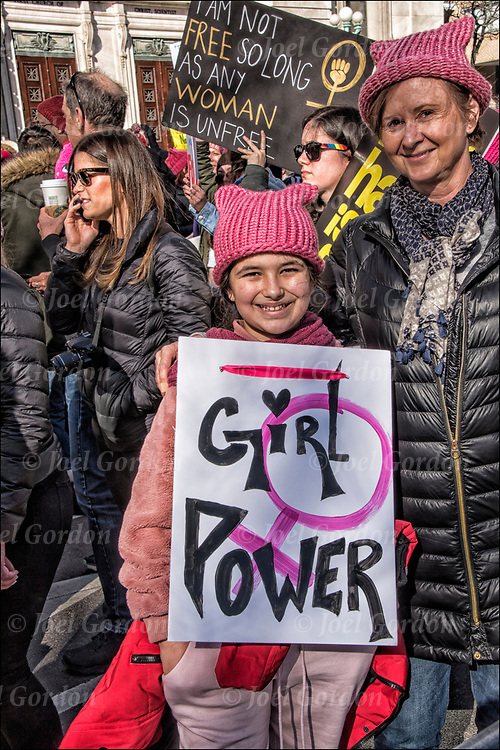